Chester City Trail  (PT 152)   12km  Grade 1
Organised by Lincolnshire Vikings Walking Club
Undertake a full circuit of the walls of this Roman town. The walk goes beside the River Dee and passes the racecourse. Visit the 'Rows', shops on double-level medieval walkways. Allow plenty of time for browsing. 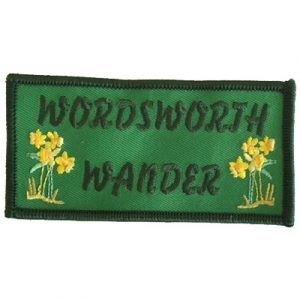 Bowness & Beatrix Walk  (PT 122)   11km  Grade 2
Organised by British Walking Federation
This walk follows the lake side and crosses England's largest lake by ferry. On the western side of the lake it climbs to Hill Top at Sawrey, where Beatrix Potter lived when she wrote her famous Peter Rabbit books. The walk continues through undulating countryside before returning to the ferry.

Ambleside Amble (PT 123)  13km  Grade 3+
Organised by British Walking Federation
This walk goes over Wansfell Pike to Troutbeck with magnificent views back over Windermere, passing the Church. The return is via a lower route.

Keswick Armistice Walk   (PT 281)  10km  Grade 2
Organised by Amesbury Walkers
A mainly low level walk around the town of Keswick and surrounding countryside. The route visits a number of WW1 sites as well as the shores of Derwent Water, with great views of surrounding fells throughout. Plenty of toilet and refreshment options on route.

Beatles Trail, Liverpool  (PT 206)  10km  Grade 1
Organised by Lincolnshire Vikings Walking Club
A city walk around Liverpool visiting many of the places connected with the Beatles. The walk also gives views of some of the magnificent architecture to be found in the city. You pass Lime Street Station, as well as both the Anglican and Roman Catholic Cathedrals.